Note that this blog post has been archived. Information may be out of date or incorrect.

Setting up NHibernate with SQLite using Visual Studio 2010 and NuGet

Here’s something that really took me some time to figure out. The problem was that I tried to set up the libraries all by myself, when there is this awesome tool called NuGet which does it for you. So here’s how I did it.

Setting up your project

For this tutorial, I created a Visual C# Console Application called “NHExample”, and I suggest you do the same (including the name, because I will be using it later in the example files): 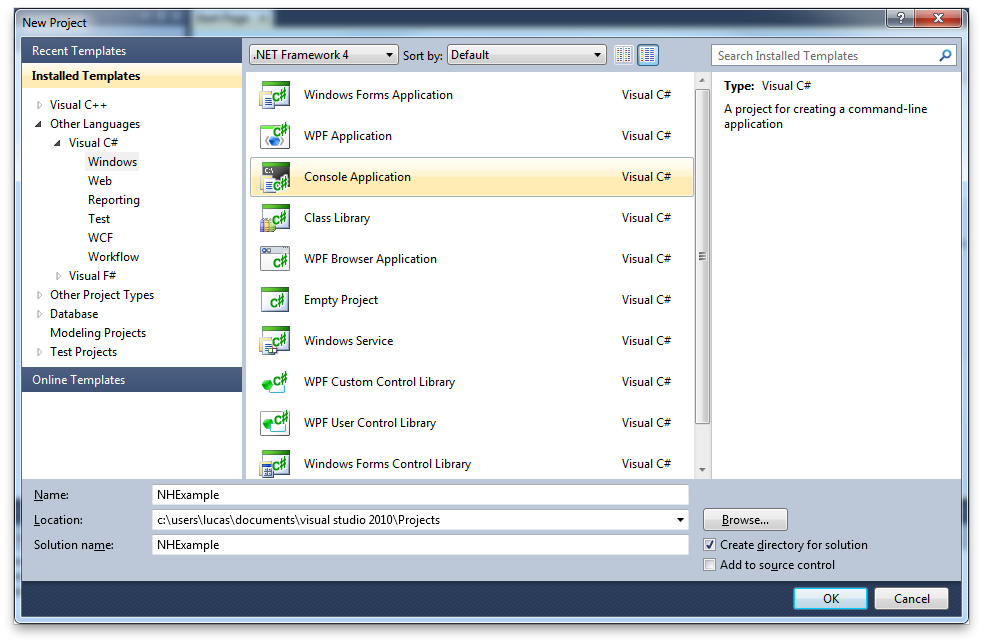 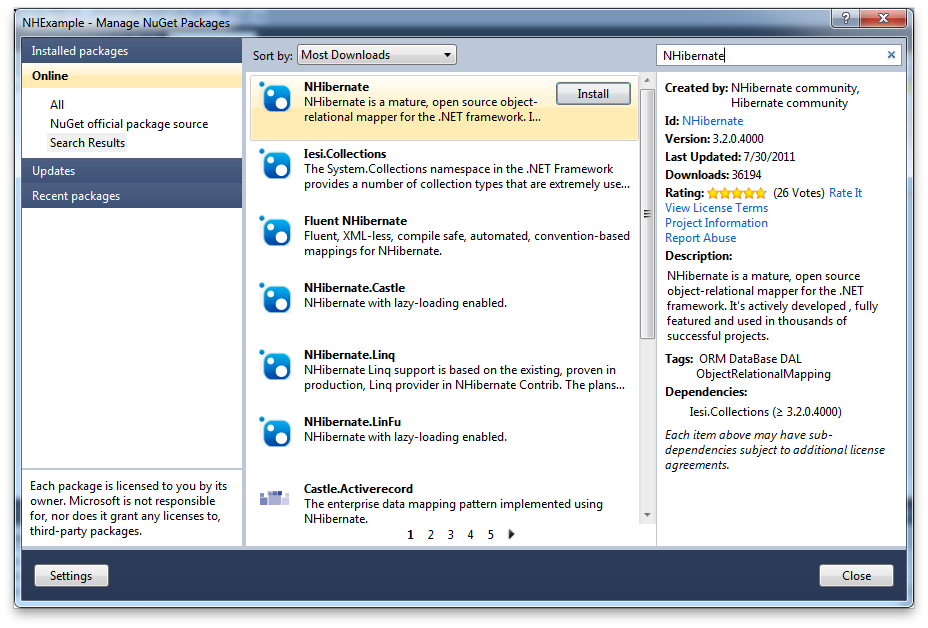 Now install the following libraries (if you can’t find them, there’s a search field in the upper right corner):

Create a new XML file called hibernate.cfg.xml in your project’s root directory (Right click on your project > Add > New Item, then from the left menu choose “Data” and then “XML File”), and insert the following content:

Two notables things here. First, there is the Data Source in the property connection.connection_string which specifies which database file will be used (the files is created automatically if it does not exist). Second, there is the property show_sql. If you set that one to true, all SQL-Queries generated by NHibernate will be written to the console, which is very useful for debugging.

Important: You need to set this XML file’s Copy to output directory option to “Copy Always”, or your application will burst into flames almost immediately. 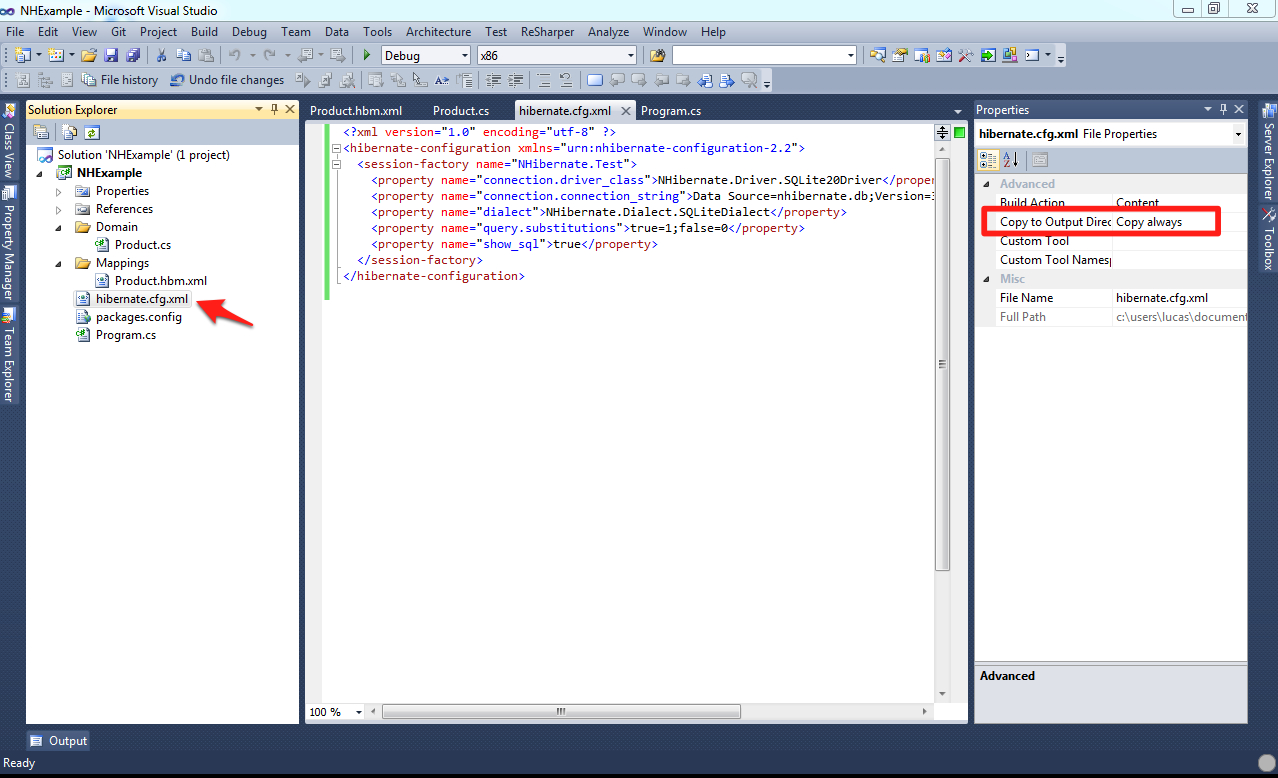 Creating the Entity Class and the Mapping 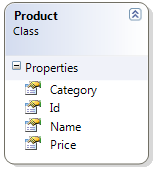 We’re going to create and map a very simple “Product” entity in this tutorial (there are plenty of sources if you want to create more complex stuff, see the Links section at the end of the article for some of them). To do this, we need two things:

Three important things in this short piece of code, though:

I’ve created a new directory called “Mappings” for the XML file, which needs to be called Product.hbm.xml. The content has to be as follows:

This file tells NHibernate how the database scheme should look and which class properties should be persistent. You may have noticed that there are no type attributes for the properties, because NHibernates infers the types directly from the class file. The <generator class="guid" /> is used to automagically generate an Id for newly created entities.

Important: In order for NHibernate to be able to load your mapping file, you need to set it’s Build Action to “Embedded Resource” (it is above the “Copy to output directory” option we’ve seen in the “Configuring NHibernate for SQLite” section).

So now we’ve set everything up and we’re ready to write some actual code. And the first thing we need to do is the NHibernate configuration initialization and the creation of a session:

Here we create a new Product instance and populate it with some data. Then we save it to the database. The sess.Flush(); makes sure that all pending actions are executed before going on.

This last part creates a query to get our data back from the database, and just prints out the name of every Product entity in the database.

The full example project’s source code is available on GitHub.

If you have any suggestions, there is anything wrong with the code or you just want to say “Hi”, I’d appreciate if you’d leave a comment :)

Also, many thanks to Mohamed Meligy who introduced me to NuGet, without which I’d have spent many more hours trying to figure out which version of SQLite works with which versions of NHibernate in which scenario… -_-”